Fiction: "There would be an economic windfall for Mendocino and Lake Counties if the dams on the Eel River were removed."

The Friends of the Eel River (FOER) paid for a "study" in 2004, authored by Ihara and Marshall (CEED Fall 2004) titled "Economic Benefits to Mendocino and Lake Counties from Removing the Dams on the Eel River." In this report they maintain that it would cost $33 million to remove the dams, 600 jobs could be directly and indirectly created during the dam deconstruction and habitat restoration project period, it would increase nature-based tourism and that there is more than enough water in the upper Russian to take the place of the diversion. Most of their arguments for these points are false and misleading. First, they make no effort to quantify the impact of the loss of this water source to Mendocino and Lake Counties. In their Introduction, they state that dams can serve a variety of functions, including; electricity production, flood control, water storage, water diversion and reservoir based recreation. They go on to state that "if a dam ceases to provide any of these benefits, or if the negative impacts of a dam exceed the value of the benefits, dam removal should be considered." We submit that Lake Pillsbury serves all of the above listed functions, except flood control, and that these benefits far outweigh any negative impacts of this dam on the Eel River.

Let's discuss the value of fishing and boating to the economy of Lake County. How would removing Scott Dam improve fishing or boating? It wouldn't. If Lake Pillsbury is removed, all of the campgrounds used by boaters, water skiers, and fishermen would be vacant. There wouldn't be a lake for boating, water skiing, or fishing. In summer, the dry gravel river bed would not even support a kayak. What is the economic impact of the loss of the entire Lake Pillsbury community and all of the vacationers that use the lake from spring until winter every year? They didn't study that. 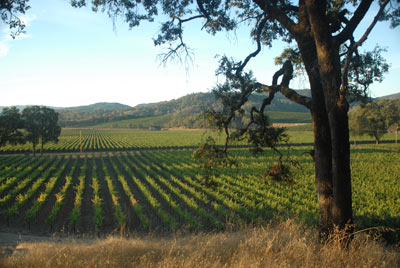 The report states that removal of the dams would improve the fishery on the Eel River to the point that there would be "significant potential economic benefit to the Mendocino County commercial fishing industry from the restoration of Eel River Salmon". There is no scientifically based indication that, if the dams were removed, it would improve the fishery of the Eel River to the point where commercial and sport fishing would be enhanced. As detailed in the discussion above, there are many other factors affecting the populations of salmonids in the Eel River. To say that simply removing the dams would magically restore this fishery to 1920s numbers is patently false. What about the collapse of the salmon stocks on all of the tributaries of the Eel River that don't have dams? What about the low fish returns to rivers up and down the Pacific Coast that have no dams at all?