Fiction: The Potter Valley Project has had a negative impact on the Russian River and the SCWA wants to shut it down. 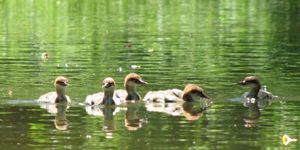 SCWA was the major funding source for the Biological Assessment that was produced when the ACOE, NMFS, RRFC and SCWA entered into a Section 7 Consultation under the Endangered Species Act, to review the impacts of Coyote Valley Dam and Warm Springs Dam. The existence of the Potter Valley Project formed part of the basis for the conclusions drawn by NMFS in their Final Biological Opinion. For the Russian River fishery, the water stored in Lake Mendocino is critical for augmenting fall migration runs. Because of the conclusions in the NMFS Final Biological Opinion, D1610, a State Water Resources Control Board decision that specifies the flows in the Russian River will be modified. The modification will take into account the flows through the Potter Valley Project which are now critical to maintain storage in Lake Mendocino for the fall. SCWA recently filed a Notice of Preparation for the Environmental Impact Report for the proposed Fish Habitat Flows and Water Rights Project which is necessary prior to a modification of the Russian River flows. 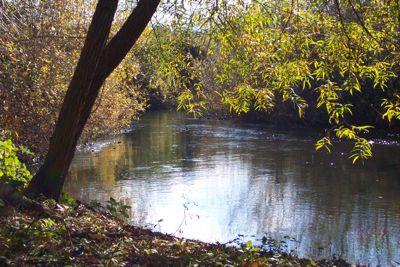 Both the Mainstem Eel River above the confluence with Outlet Creek, and the Russian River, are now to a great degree, manmade systems. Scott, Coyote and Warm Springs dams exist, but a great effort is being made to mimic natural flows in the upper Eel River, Russian River and Dry Creek. The existence of the Potter Valley Project is now an important part of the attempt to enhance fish migration and protect habitat in the Russian River system. This does not mean that the Eel River has been ignored. On the contrary, as we have outlined in detail above, extreme efforts have been made to make sure that the Potter Valley Project has as minimal effect as possible on the Mainstem Eel River.