Below are a series of photos taken during May 6th and 7th, 2008, across the Eel River watershed. They show the relative visual sizes of the flows during the spring. 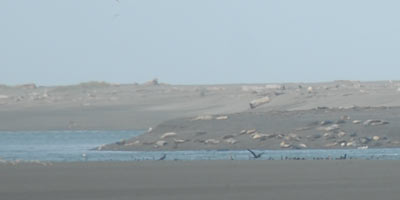 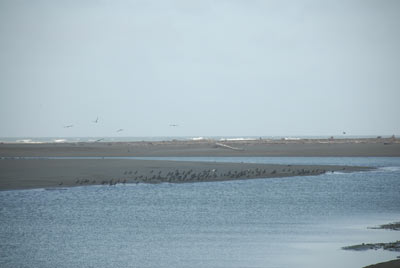 Cormorants and other fish eating birds as well as predatory fish, river otters and other mammals prey on juvenile salmon and steelhead in the estuary before they migrate to the sea. 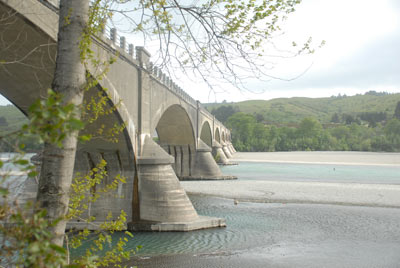 The Ferndale Bridge, near the mouth of the Eel River, was built in 1911 and is the only bridge to have survived the massive flood of 1964 undamaged. 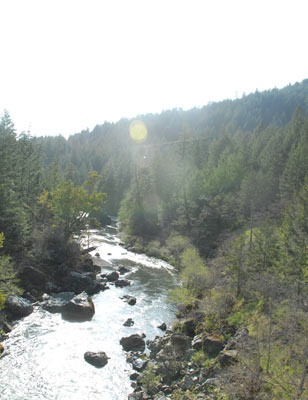 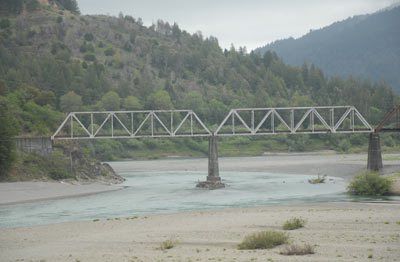 This is the railroad bridge at the confluence of the South Fork and the Mainstem Eel River. The photo is taken from the former location of the town of Dyerville which was destroyed in the 1964 flood. 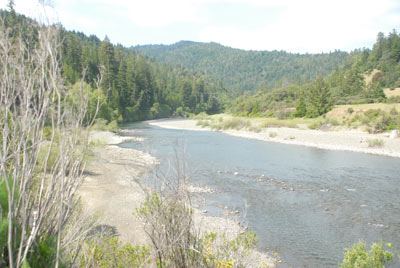 The South Fork drains 689 square miles of the Eel River watershed. Most of this fork of the Eel River is in the cooler coastal region of the watershed that has relatively high rainfall and is rarely influenced by snow melt. No good long term records of historical or recent fish counts are available for the South Fork; however, some sporadic fish counts were taken over the years at Benbow. 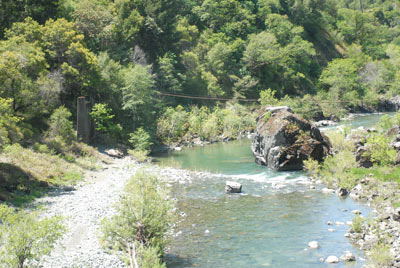 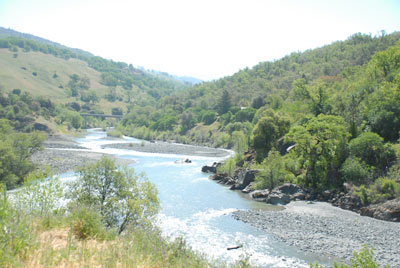 Black Butte River is a tributary of the Middle Fork. It is nearly as large as the Mainstem Eel River. It is above the confluence at Dos Rios. In the spring, the snow melt from Mt. San Hedrin and Hull Mountain can swell this tributary into a raging muddy river. 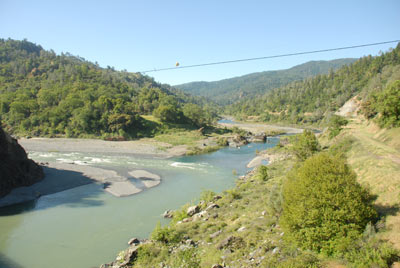 Dos Rios is the confluence of the Middle Fork and the Mainstem of the Eel River. The Middle Fork drains 758 square miles of watershed from the south at Hull Mountain and to the north into Trinity County and the snow covered Yolla Bolly Wilderness. There is no historical, or recent, data available for how many fish migrate into this huge watershed. 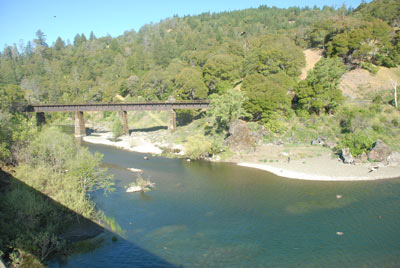 Outlet Creek has the longest run of Coho Salmon in California. This tributary of the Mainstem Eel River has a watershed that is 159 square miles and is more than 30 miles downriver from Lake Pillsbury. 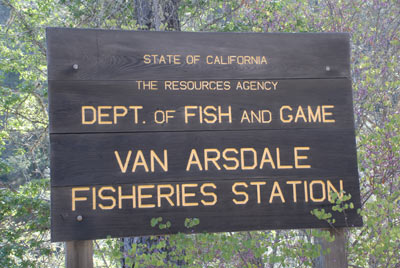 California Department of Fish and Game has staffed and maintained the Van Arsdale Fisheries Station from the early 1900's. The longest continuous record of fish returns in the entire Eel River watershed has been kept at this facility. 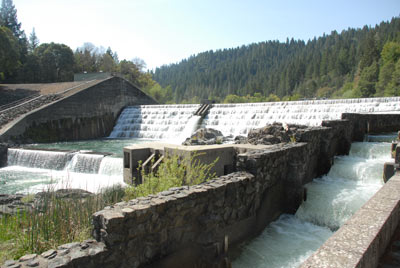 Cape Horn Dam and the Fish Ladder at the Potter Valley Project. The fish ladder was modified in 1967 and again in 1987. There are 60 square miles of watershed between Van Arsdale Reservoir and Scott Dam. 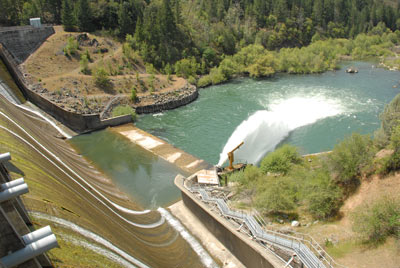 Scott Dam at Lake Pillsbury. Water being released from the needle valve at the base of Scott Dam. The Eel River watershed above this point is 289 square miles. 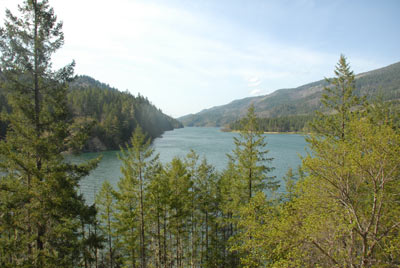 Ruth Lake is not in the Eel River watershed. It was formed in 1963 when R.W. Matthews Dam was built on the Mad River. The water supply was originally used for pulp mills and currently the Humboldt Bay Municipal Water District delivers this water to tens of thousands of customers in Humboldt County. This dam completely blocked the spawning migrations of salmon and steelhead on the Mad River. 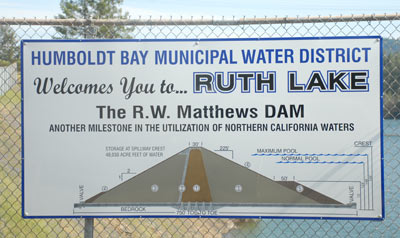 Sign at Ruth Lake showing the size of R.W. Matthews Dam on the Mad River. There is no fish ladder, so fish passage beyond this point on the Mad River has been completely blocked since 1963.