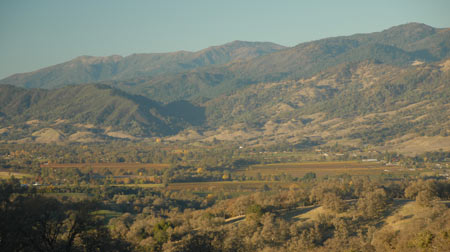 The Friends of the Eel River have been very vocal opponents of the Potter Valley Project since they were organized in 1990s. They failed to report the truth about the benefit of the water to hundreds of thousands of people and to the ecology of the Russian River. The Friends of the Eel River continually pick and choose unrelated information, or just plain misinformation, and falsely link it together to tell stories about the Potter Valley Project in their publications, on their website and in public. Their false version of history states that the Potter Valley Project has been the predominant destroyer of the entire Eel River's once thriving and beautiful runs of salmon and steelhead.

In an effort to set the record straight, we have provided a few of the Friends of the Eel River's statements and the truth, side by side, so the reader can begin to understand the issues and begin to ask questions. Don't take our word for these facts; look them up and make your own decision. We've provided valid references and linked them where possible.

The Friends of the Eel River imply that their goal is protection of the river, and of the salmon. We have always shared those goals. However, the activities and financial resources of the Friends of the Eel River have been solely directed at removing the Potter Valley Project from the river, as if that is the only threat, and as if removing the dams would magically return the entire Eel River to its pre-human pristine state. Dam removal is not without its environmental and economic costs, and even if it were so, would affect only a small part of the river system. It cannot un-can salmon; it cannot remove the pikeminnow; it does not remove the impacts of logging, road building or commercial fishing, droughts or floods. 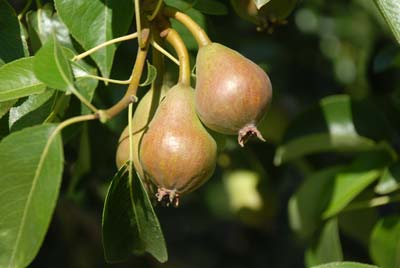 We have been aware of the false statements published by the Friends of the Eel River for many years and over those years we have made the mistake of not directly confronting their assertions. Instead, we have focused on telling the truth about our dependence on the Eel River diversion to those agencies responsible for the decisions that are the basis for the regulated flows at the Potter Valley Project. We have worked in good faith with fishery agencies, scientists and regulators. We have written letters to the Editors of local papers, spoken in public meetings, in Federal hearings and in court, led tours of the Eel River watershed and the Potter Valley Project ... but in hindsight, our mistake has been in only trying to educate regulators and the people who would be immediately affected by a reduction in their water supply instead of also trying to educate the people who have believed the representatives of the Friends of the Eel River.

The apparent goal of the Friends of the Eel River is to decommission and remove the Potter Valley Project no matter what. They will say, or do, whatever it takes. It doesn't matter what the impact will be to thousands of people, their way of life, or the economy of Mendocino County. It apparently doesn't even matter if the fishery improves on the Eel River. Because, if the Friends of the Eel River really cared about the fishery, they would be busy trying to address all of the other impacts to the Eel River. They keep their focus narrow and simple. They have decided that the easiest battle, one that won't really require them to do anything, is just to advocate tearing down the dams.

We will continue to educate people about the Potter Valley Project and the role of the Eel River diversion in supporting the lives of hundreds of thousands of people - how the water is beneficially used to grow crops, support working families, and provide a quality of life for both people and wildlife that has evolved with the presence of this water over the past 100 years. 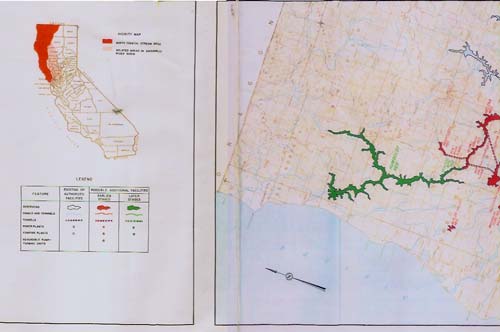 It has been pointed out to us over the years that Humboldt County feels they have had nothing to gain from the Potter Valley Project. It is time that this circumstance is changed. We believe that in exchange for the tiny fraction of diverted Eel River water, so critically important to the Russian River after one hundred years of its existence, that Mendocino County, Lake County and Sonoma County should form an alliance with Humboldt County, Del Norte County and Trinity County to protect our shared water supply from exploitation.

Is this necessary? After all the Eel River system is protected by the Wild and Scenic Rivers Act, an iron clad Federal designation that will protect the Eel River forever. Right? Maybe not. As you can see from the maps we have shown here, it wasn't very long ago when many huge water projects were proposed to be built in the Eel River watershed. Some of these dams, like the high dam at the Dos Rios site on the Middle Fork and the English Ridge dam site on the upper Main Eel, were actually designed and engineered (DWR Bulletin No. 171, 1967). These two dams alone would have had a gross capacity of 9.8 million acre feet. This would be over 130 times the capacity of Lake Pillsbury. Also planned were the Sequoia and Bell Springs Reservoirs on the Main Eel that would have been much larger than the Dos Rios and English Ridge projects. There was even a plan for a dam on the Van Duzen River that would have formed the Larabee Valley Reservoir. The water from all of these dams was to be distributed via tunnels into the Sacramento Valley. These proposed dams would have destroyed the entire natural migration of salmon and steelhead in the Main, North, Middle, and Van Duzen forks of the Eel River and all of their associated tributaries. 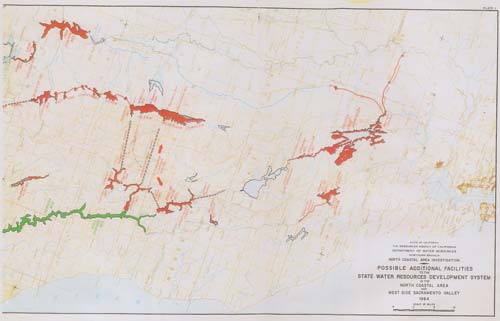 These projects were envisioned in the 1950s and 1960s. They were never built. So what is the point of this discussion? In a political climate, where laws seem to be commonly made by the initiative process in the State of California, it is not a stretch of the imagination to believe that someday the thirsty southern section of our state, with all of the votes, will be able to change the protection currently in place on the Eel River. The plans for these dams have not been forgotten. They can be taken off the shelf, dusted off, and reevaluated. When that discussion begins we will need a strong alliance to stand up to the threat. That alliance should be formed now!